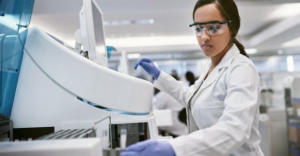 BRITAIN’S female unemployment rate in the first three months of the year has fallen to 3.7%, the lowest since comparable records began in 1971.

The Office for National Statistics included the figure in data showing the overall unemployment rate in the three-month period stood at 3.8%, the lowest rate since late 1974.

What is happening to unemployment?

The ONS said that unemployment rates for both men and women have been falling since late 2013.
Ben Brettell, senior economist at Hargreaves Lansdown, said the unemployment figures were strong given the issues facing the economy.
“The UK labour market has been remarkably resilient in the face of Brexit-related uncertainty,” he said.

The overall unemployment rate of 3.8% in the first quarter was last matched in the three-month period from November 1974 to January 1975. It was last lower, at 3.7%, in October to December 1974.

What about women in the workplace?

Over the last five years the unemployment rate for men has fallen from 7% to 3.9% and for women has shown a smaller fall over this period – from 6.4% to 3.7%.

But this is the lowest level since 1971, when records began.

The ONS said the increase in the employment rate for women is due partly to changes to the state pension age for women, so fewer women are retiring between the ages of 60 and 65.

The ONS added that total hours worked by women had increased while for men had stayed stable. This is because falls in the employment rate for men have been roughly offset by population increases.

It may also reflect higher wages attracting women and older workers into the workplace, he added.

What is happening to wages and jobs?

While average real wages – adjusted for inflation – were the highest since December 2010, the TUC said the rate of growth was slowing.

TUC General Secretary Frances O’Grady said: “Pay growth is stalling again. The last thing workers need is another hit in the pocket when real wages are still lower than a decade ago”.

“We now need to shift some of our focus to up-skilling people and supporting them into roles with real career progression to create a modern workforce fit for the challenges of the 21st Century,” he said.