A MAN has been found guilty of raping a complete stranger in her home in Chadwell St Mary. 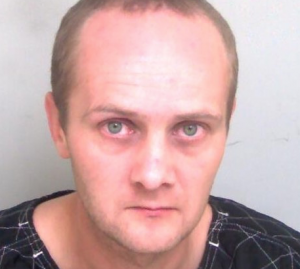 He is due to be sentenced at the same court tomorrow, Wednesday, May 15.

The control handler listened to a recording of the call and heard a woman shouting that she was being attacked.

We called the number back and Tiskus answered the phone, claiming everything was okay.

The victim then bravely shouted again that she had been attacked by a man who had broken into her home. We attended and found Tiskus in the victim’s bedroom partially dressed.

He was arrested and while in handcuffs he urinated against a wall inside the property.

Detective Chief Inspector Stuart Truss, of Kent and Essex Serious Crime Directorate said: “Tiskus managed to get inside the property before casually sitting in the lounge while drinking cans of beer.

“The woman walked downstairs to find him and initially thought he was her daughter’s friend.

“The victim engaged in conversation with him and allowed Tiskus to use her toilet upstairs.

“He came back down just in his underwear before dragging her upstairs and subjected her to a horrific ordeal in her own home.

“During this attack the victim bravely managed to call us and following some quick actions by our control room, we responded and found Tiskus within the property.

“I would like to sincerely thank the victim, who has shown an enormous amount of courage throughout this investigation.

“Tiskus, a dangerous sexual predator, will now face a lengthy custodial prison sentence for his actions.”