Search is on for Thurrock’s best young driver

TV presenters and motoring experts Vicki Butler-Henderson and Quentin Willson are leading the hunt for the UK’s best young driver – but, unusually, the entrants must be under the legal driving age of 17.

The Young Driver Challenge 2019 is currently searching for Essex’s best drivers who are aged 10 to 16 – and Vicki and Quentin, who have both been presenters on ‘Fifth Gear’ and ‘Top Gear’, will be hosting a national final to discover who is the best in the UK. 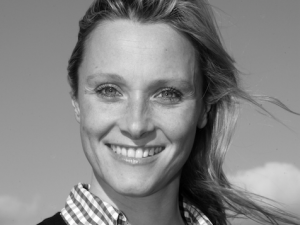 The Young Driver Challenge is run by Young Driver, the UK’s largest provider of pre-17 driving lessons. The scheme aims to develop a safer next generation of young drivers, by extending their learning over a longer period.

The Young Driver Challenge 2019 is open to anyone aged from 10 to 16, and entries can be made during lessons at any of Young Driver’s 60 venues, including Lakeside, Chelmsford Racecourse and Colchester United FC before 15th July 2019. Drivers will be marked on their driving skills and abilities, with the 40 top scorers from across the country then being invited to the national final at the NEC on Saturday 7th September.

At the NEC, finalists will be split into two categories, 10 to 13s and 14 to 16s, before competing in a number of driving challenges, including manoeuvring a slalom, undertaking different types of parking, controlling an emergency brake and confidently tackling independent driving. The Challenge encourages youngsters to consider responsible and safe driving, with top marks given to those who show the best levels of control and awareness. Prizes up for grabs for the winners include £200, 10 one-hour Young Driver lessons, family restaurant vouchers and signed copies of Quentin Willson’s latest book.

Young Driver has given over 700,000 driving lessons to under 17s over the last 10 years. The scheme sets out mock road systems, which allows youngsters to experience everything from roundabouts and junctions to car parks and traffic lights. Lessons take place in a dual control Vauxhall Corsa with a highly trained approved driving instructor. The emphasis of the scheme is very much on safety. Four hundred people are killed on UK roads in accidents involving young drivers every year and one in five newly qualified drivers has an accident within six months of passing their test. Research shows that pre-17 driving tuition can cut the accident rate in half, to one in 10.

Presenting the finalists with their awards at this year’s Challenge final, Vicki Butler-Henderson has an impressive motoring track record as a driver, motoring journalist and TV presenter, including presenting ITV’s new prime-time classic car show, ‘The Car Years’. Vicki said: “I strongly believe in getting behind the wheel as soon as possible. You don’t have to aim for a career as a driver – just learning early will be a huge benefit and gives you the time getting to grips with the necessary skills. I can’t wait to see what the finalists can do on the day. It should be lots of fun!”

Sue Waterfield, head of marketing for Young Driver, added: “This is our sixth annual Challenge and we’re delighted that this year Vicki and Quentin will be joining us at the final as hosts. The skill some of these young drivers show is staggering, and it’s reassuring to see how seriously they take being behind the wheel. They have fun and come away beaming, but at the same time they’re absorbing important safety messages and learning how to do a lot of the mechanical side of driving before they’re anywhere near a real road.”

For more information about the Young Driver Challenge or to book a lesson visit www.youngdriver.com or call 0844 371 9010.