THE chief constable of Essex Police has spoken of human resources at the force as similar to 3D chess.

He was talking at a meeting of the crime panel at Essex County Council on May 23 where councillors heard that numbers of officers had risen above 3,000.

The precept uplift of 150 additional officers was successfully achieved eight months into the financial year,with 3,045.93 officers employed on April 26 of this year. 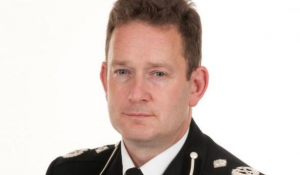 “This is a strong position from which to start the 2019/20 Growth Programme having already surpassed the 2018/19 establishment,” A report said.

Against the Force position of 93.33 per cent of posts occupied, there are three areas of exception to highlight – Colchester, Southend and Grays – which are well below that 93 per cent target.

One officer selected for Colchester is awaiting a start date, one is currently covering a sergeant role and will revert to their PC post in July.

But chief constable BJ Harrington said: “It’s a moving feast – we have 139 in training.

“We have a largely younger workforce who have to complete certain accreditation and you would expect them to be at the right accreditation whether they are constables, sergeants or detectives.

“That takes time. When you are talking about individual people you are trying to balance what is almost 3D chess – to make sure we meet all those requirements.

“We do prioritise but community policing has been put by me as a priority.

“Identifying a person for a post is like a game of dominoes. move one and they all knock on.”

He said if an officer moves from somehwere it will leave a vacancy in their original position.

“And when you look at one individual it is quite simple to plot that,” he added.

“But in any organisation it is to work out where are the gaps left behind – and that is the frustration is I have.

Members of the Essex Police, Fire and Crime Panel agreed an average of £24 increase in Council Tax for a Band D property at the beginning of the year, raising £15.5million of additional Council Tax receipts, which supplements an increased Police Funding Settlement for 2019/20.

Overall, this has provided an additional £23million to be invested in Essex Police, a proportion of which will be invested to recruit 215 more front-line officers, bringing the total number of officers to at least 3,218.5 by the end of 2019/20.

Of these, 168 will be posted into local policing roles.