Thurrock continues to have one of lowest adoption rates in region 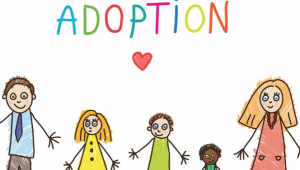 THE number of children being adopted in Thurrock has doubled in the past 12 months but the borough continues to have one of the lowest adoption rates in the east of England.

A new report from the council shows that in 2018-19, children’s services was able to secure 13 adoptions for children in need – an increase from just seven during the previous financial year.

The council’s director of children’s services Rory Patterson admitted to a scrutiny committee last year that the department had “underperformed” and he hoped that the 2018 figure would reach at least 15, despite a statistical average of 30 for the east of England.

The small number of adoptions means children who are under the care of the authority are being forced to wait an average of 423 days before being placed with a family, 45 days longer than the rest of the region.

Thurrock Council was asked why they failed to meet the target of 15 adoptions and whether they have shortage of families willing to adopt but they did not respond.

The council was also asked whether measures are being taken to improve the adoption rates but they did not respond.

Thurrock’s children’s services have been under pressure to make changes since a 2016 Ofsted report found that it required improvements in all areas, including adoption.

Despite there being 18 adoptions in the 12 months prior to that report, Ofsted noted that social work teams did not consistently consider adoption for children who cannot return home and called post-adoption support “insufficient”.

This latest data is the first time the numbers have not declined since that report and it comes after the council chose to re-establish an in-house adoption service.

They had previously agreed on a three-year contract for independent agency Coram to run the service but over those three years just 19 children were placed with families.

The contract came to an end in July last year and Mr Patterson told the scrutiny committee last year that the council “had to act” to end the partnership because Coram was unable to deliver “the sort of outcomes that we think are necessary for us to be the good service we need to be”.