Thurrock Council to tell Uber ‘get the correct licence or leave’

THURROCK Council is set to crackdown against popular ride-hailing service Uber over accusations their drivers are not obtaining licences from the authority. 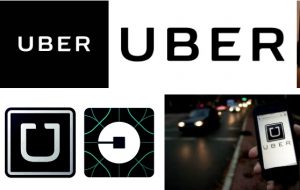 The company uses a virtual boundary known as a “geofence” within their app that designates Thurrock as part of Greater London, effectively allowing their drivers and their vehicles to operate without having to adhere to the same regulations as their competitors.

Thurrock Council says they will now be writing to the company to ask them to “withdraw from Thurrock or make an appropriate operator’s licence application”.

It is not clear whether the council has an ability to stop the business from operating if they refuse to get a licence.

It had been implied during a council meeting last year that the company’s actions could be illegal but a new report says, “extensive legal advice” has been obtained and there is “no unlawfulness in the current operation of Uber in Thurrock”.

Dave Harmer, an employee at Lakeside and Purfleet Taxi which has operated in the borough for more than 30 years, said: “I don’t think any company in Thurrock is scared of competition aslong as it is decent competition and they are insured like we are and follow the same rules as we do.

“Thurrock is a small borough with limited people and we get caught out if we were to do something wrong but nobody is checking what the Uber does.”

He added that taxi firms that obtain the required licences have to follow strict regulations and that is why they are forced to charge slightly higher prices than Uber.

Bilal Amiri, manager of Thurrock Taxi Cabs, said the way Uber has been operating has led to a dramatic reduction in business.

“It has had a very negative impact on our business,” he said.

“I have doubts about the council’s conclusion that they are not operating illegally because they are using a loophole that says they can operate on the border of the borough but they are not doing that, they are operating across Thurrock.

“They do not go to Thurrock Council for a licence, they are part of London. Thurrock has no control over them while they can stop us and check us if they feel they need to.”

The council will discuss the issue in more detail during a full council meeting on June 19.