THURROCK Council has received a raft of objections to a mobile food stall that could begin operating in South Ockendon.

An application for a licence to sell food and drinks between 12pm and 11pm at a car park on the High Street in Aveley has had 18 objections from residents ahead of it being discussed by the licensing committee next week. 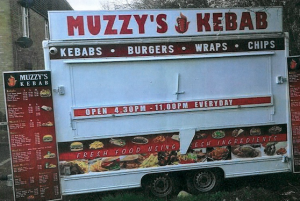 Among their concerns is the possibility of losing car park spaces, anti-social behaviour, litter, noise and odours.

In one letter submitted to the council, a resident wrote: “We feel that this will direct affect our environment and peace and quiet.

“We also object to possible anti-social behaviour during and after trading hours, noise nuisance, smell from any vendor selling food and parking issues which may mean our car park is used by customers who wish to use this vendor.”

Another, notes: “I reject the idea of the kebab vendor being put up due to several reasons. One is although they say the gates will be shut at 11pm, it will never happen on the weekends due to the pub which is opposite the premises and people will still come after 11pm due to the pub shutting late.

“The second reason is that due to anti-social behaviour of some people it will be a disturbance to us and the neighbours who won’t be able to have a quiet night’s sleep at night. The third reason is that there will be a huge amount of litter around the premises.”

Councillor Colin Churchman, who represents the area, said he was “not surprised” by the level of opposition to the application.

He said: “We already have a takeaway chicken shop nearby and there is a lot of concern that this will lead to littering, as well as lots of people heading there late at night after drinking at the pub across the road.

“I would have concerns about this because it is situated behind the Maltings sheltered housing and a similar food stall located there previously burned down. During that time littering did escalate in the area and this could lead to late nights and noise.”

Despite the concerns, the council has not had any concerns raised by Essex Police or environmental health’s noise and pollution team.

The application will be discussed at a licensing committee meeting on Thursday August 22.