Is there a race against time to get new Harris Academy school opened? 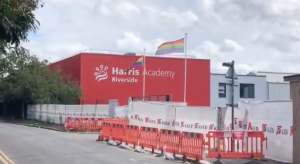 WITH just a couple of weeks left before the new term starts it looks like there is a race against time to get a new school in Purfleet ready.

Harris Academy Riverside is a new school situated on London Road in Purfleet.

It is due to open in September but YT had received reports that there is still much to be done.

So we took a trip down there on Saturday afternoon.

There was a large number of workmen beavering away on the site and as you may see from our film, the front of the school is still a building site.

Our source also tells us that there is much work to be done inside the buildings.

With students set to flock to the school, we asked Thurrock Council if they were confident that the school would open on time.

Despite asking Thurrock Council on Monday August 12th, they have yet to respond.