A DRIVER from South Ockendon, who killed a cyclist on New Year’s Eve, has been sentenced to more than four years in prison.

Ravinder Matharu, 32, of Erriff Drive was driving his brother’s Peugeot 206 on Arisdale Avenue and was on the phone to his girlfriend, when he was in collision with 43-year-old Matei Alexandru. 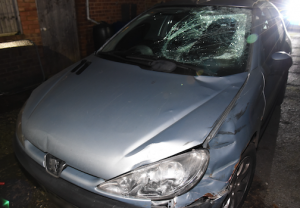 Mr Alexandru, a Romanian national who had been in the country for a year and living on Buckles Lane, was sadly pronounced dead at the scene, despite the valiant effort of members of the public and paramedics who provided CPR.

Following the collision, Matharu made off from the scene with significant damage to his car, including to the windscreen and one of the headlights. He did not report the incident to the police or to the ambulance service. 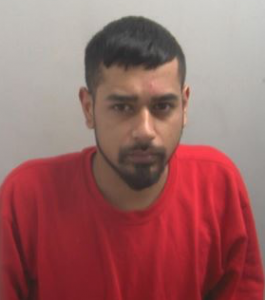 When police visited the address of the registered owner of the Peugeot, Matharu’s brother, later the same evening, the car was nowhere to be found. It was returned to the house in the early hours of New Year’s Day, with Matharu leaving to another address in an attempt to evade officers. He was arrested at a house in Purfleet later that afternoon.

Matharu pleaded guilty to death by dangerous driving, failing to stop at the scene of a collision, failing to report a collision, driving whilst disqualified and aggravated taking without consent at Basildon Crown Court earlier this year.

He was sentenced to four years and one month in prison at the same court today, Monday 19 August, and was additionally disqualified from driving for a further seven years. Matharu must take an extended test if he ever wishes to drive again.

Following the sentencing, Mr Alexandru’s family spoke of his death leaving a “great void” in their lives.

Speaking on behalf of the family, his niece Cristina said: “When we found out about my uncle’s death we were in complete shock and pain. Such pain never goes away, but rather it is something you get used to.

“The death of my uncle has brought pain, confusion, and a lot of stress. Half of the family is living in Germany, and the other half is in Romania.

“No matter how [Matharu] is punished, it will not change things for us.

“But I hope it will make a difference for him as a person – that he will repent and he will understand what he did. Life is not a joke or a game, let alone careless driving.”

“To lose a loved one is unimaginably difficult, but I can’t begin to imagine how tough it’s been for them when they’re more than one thousand miles away.

“I’m glad that Matharu had the decency to plead guilty to ensure that they didn’t have to go through a trial, but that doesn’t excuse his appalling crime. Not only did he get behind the wheel of a stolen car knowing that he was disqualified from driving, but he showed the utmost cowardice in his actions after hitting Mr Alexandru.

“By using a mobile phone at the time of the incident, Matharu was so distracted that he was not fully conscious of his surroundings, and it ended in Mr Alexandru’s life being taken.

“Distractions on the roads can be a killer, and I would urge anyone behind the wheel of a vehicle to have their full attention on the road at all times.

“I hope that Matharu’s time in prison gives him a chance to reflect on the consequences of his actions. The lives of Mr Alexandru’s family will never be the same again – and he only has himself to blame.”