THE chair of a residents association close to Thurrock’s council offices has complained about the council’s reluctance to meet with them before seeking planning permission.

Richard Suttling, who chairs the Seabrooke Estate Residents Association, has claimed comments made in last week’s planning committee about an “extensive consultation” are not true and his requests to discuss the scheme with the council were ignored. 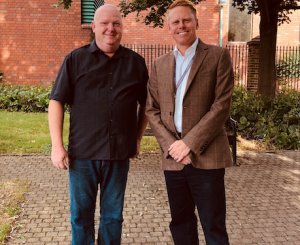 His comments come after the committee narrowly voted to reject the plans during a discussion over whether to grant planning permission.

Labour councillors Martin Kerin, Tony Fish and Jane Pothecary, who represent the Grays Riverside ward have praised the decision but labelled the lack of a consultation “worrying”.

During the meeting on Thursday, an agent speaking on behalf of the developer told members that there has been an “extensive consultation” formally and informally. He said this included speaking with businesses and holding information events on the High Street.

An online consulation was also conducted on the council’s website in February.

But Mr Suttling has claimed that his requests to meet with the council were all refused.

He said: “We asked the leader of the council for months for a meeting with the Seabrooke Estate Residents Association. Each time, Councillor Rob Gledhill turned us down at last minute.”

He admitted there was a display in the council offices to show the plans but there were no representatives from the council available to discuss them.

“As a community group, we were never consulted,” he continued.

“When the council wanted to do the Grays underpass scheme, they came to consult with us at the Seabrooke Community House to gauge the community’s feelings. They changed one or two ideas to suit the older generation. Why couldn’t they visit us this time and listen to our views?”

The Local Democracy Reporting Service asked the council to explain the consultations they undertook and in particular if they held any meetings with the Seabrooke association.

They did not respond.

The agent who spoke during the meeting stressed that the plans were drawn up to ensure that the community benefits. This includes giving residents the opportunity to book meeting rooms and use the new cafe.

In a statement from the Labour councillors who represent the ward, they said they were “delighted” the planning committee has rejected the proposal but are concerned about the limited engagement with the public.

They wrote: “The lack of resident engagement in this process has been worrying – numerous invitations to meet with the Seabrooke Estate Residents Association have been declined – and doesn’t bode well for future regeneration projects.”