Close to 70% of Thurrock residents classed as obese

THURROCK Council has laid out the steps it will take to tackle the soaring levels of obesity in the borough.

Council papers have revealed the detailed plan for how obesity can be tackled as part of the Government’s country-wide push for a ‘whole system approach’ to obesity, which looks to embed health improvements into all daily activities, from where people live and work to childcare and travel. 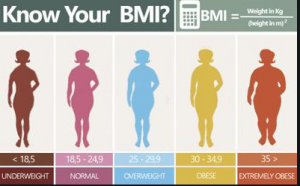 Among the measures will be encouraging families on certain benefits to take up healthy start vouchers which contribute towards the cost of fruit, vegetables and milk, and encouraging schools to introduce more physical activities outside of PE lessons, such as having pupils walk a mile each day.

There will also be a public campaign under the name ‘Get Thurrock Moving’, which will use social media to provide information on healthy activities in the borough, as well as motivate residents to take part in national schemes such as ‘walking month’ and ‘bike week’.

Access to areas of exercise will be a priority with measures such as improved crime prevention in parks, littering enforcement, the introduction of park rangers and the construction of four new football pitches.

The council papers, published ahead of a health scrutiny committee due to be held on Thursday, notes: “Obesity is getting worse in Thurrock and the trajectory shows no sign of stopping unless we intervene soon. The consequences of increasing obesity level are known and the pressures on the health care system at large are unsustainable. Urgent action is required to stabilise and then reverse the current trajectory.”

Data from 2018 shows that 69 per cent of the adult population in Thurrock are currently classed as obese, which is higher than the national average of 62 per cent.

Obesity levels are also on the rise in children, with a quarter of children in year 6 classed as overweight.