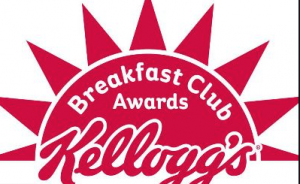 AS schools across the UK go back, it’s time for them to enter Kellogg’s Breakfast Club Awards. By entering they could be in with a chance of winning £1,000.

One club from each region of England, as well as one club from Scotland, Wales and Northern Ireland, could be crowned the best breakfast club of the year and bag a cash prize. Winners will also be invited to attend an awards ceremony at the prestigious Houses of Parliament.

From inspiring volunteers to themed breakfast days and creating kitchen gardens for the school canteen, each and every element of breakfast clubs will be celebrated at the awards.

Entries close Friday 4th October and will be judged by a panel of experts.

Molehill Primary Academy in the South East spent their winnings on sustaining the low cost provision and enabling the club to reinstate a cooked breakfast by supporting the training of existing staff members.

Kate Prince, corporate social responsibility manager for Kellogg’s, said “The Breakfast Club Awards are a fantastic opportunity to celebrate the wonderful and inspiring work that goes on in schools up and down the country.

“Kellogg’s has supported breakfast clubs for 21 years because we believe that every child deserves the best start to their day. Clubs offer so many benefits for the school such as improved attendance and behaviour in the classroom. The children love them too as they get a chance to wake up in a fun way before lessons begin.”

The Kellogg’s Breakfast Club Awards are just one part of Kellogg’s support for school breakfast clubs. This year the cereal company announced that in 2019 it is doubling the funding for breakfast clubs in communities that need it the most and will donate a minimum of £600,000 to schools across the UK.

To find out more and to enter the Breakfast Club Awards, visit: www.breakfastclubawards.co.uk