Film based on murder of teen in Grays nominated for award 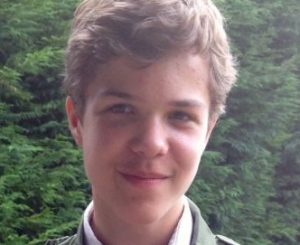 A HARD-hitting film produced to raise awareness of the dangers of online grooming has been shortlisted for two international awards.

Breck’s Last Game, based on the real-life murder of Breck Bednar in Grays, has been nominated for prizes at the Cannes Corporate Media & TV Awards and the London Film Awards.

The film – which is part of an innovative collaboration between Leicestershire Police, Northamptonshire Police, Surrey Police and Essex Police – tells the story of online gamer Breck and has received more than 2.3 million views since it launched online.

The 14-year-old was murdered in 2014 after being groomed online by fellow gamer Lewis Daynes.

Daynes lured Breck to his flat in Grays and killed him, having told Breck he would hand over control of a fictional computer business. In 2015, Daynes was sentenced to a minimum of 25 years in prison for murder.

The production, which lasts just over four minutes, was made by Affixxius Films in Loughborough and has been shortlisted in the Fundraising, Non-Profit at CSR category at the Cannes awards on 26 September as well as in the Film and Digital Campaign category at the London Film Awards on 21 November.
Assistant Chief Constable Andy Prophet said: “Breck’s Last Game is a very important project and a really innovative film which has seen four forces come together to help keep children safe.

“Breck’s story is a tragic and sad case which happened here in Essex. Not all cases of grooming will result in someone being murdered or sexually assaulted but, as Breck’s case shows, the risks are all too real.

“The film is being rolled out to school children in Essex and elsewhere across the UK, and has even been shown to young people as far away as Australia.

“There’s been an incredible level of interest in Breck’s Last Game and its key messages have been delivered to thousands.

“These nominations are recognition of all the hard work which has gone into creating this film, as well as its importance, and it is a credit to all those involved and I would like to thank them.”

Breck’s mum, Lorin LaFave plays herself in the film. She said: “I am so proud of the collective hard work that has gone into creating Breck’s Last Game.

“We are so pleased that our combined passion and perseverance to protect young people from online harm is being recognised, as there is no greater importance than educating young people about the risks they face as they navigate towards adulthood.

“Many thanks to all involved for the commitment to prevent children from being groomed, exploited and harmed by online predators.

“Together we are empowering young people to contemplate ‘Do you really know your online friends?’”