HEALTH authorities have refused to provide details about how they are preparing for a shortage of medicines, despite Government papers revealing risk of “significant disruption”. 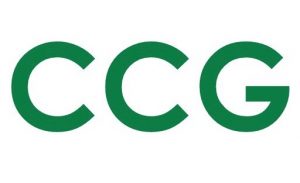 The clinical commission groups (CCGs) responsible for assessing local health needs and implementing strategies have said they are unable to answer any questions on the Government’s ‘Yellowhammer’ contingency plans, despite warnings of medicine shortages.

The plans outline a series of “reasonable worst-case assumptions” for if the UK was to leave the European Union without a deal on October 31. It notes that “significant disruption” to the flow of goods across the channel could “have an impact on the supply of medicines and medical supplies”.

Adding: “The reliance of medicines and medical products’ supply chains on the short straits crossing make them particularly vulnerable to severe extended delays.”

Southend and Thurrock CCGs were asked how they are preparing to deal with this potential outcome on a local level and how the impact of the shortages would be reduced.

Both said they were unable to provide comment as only the Government can comment on these issues.

Southend council leader Councillor Ian Gilbert said: “I am concerned about the lack of transparency. the Government has been forced against its will to publish this document and it does raise a lot of questions about what might be going on.

“As a council we are doing what we can in our remit but it is up to our central government and our partner agencies to deal with their issues. People who are concerned about this need to check Government advice and talk to health services.”

Southend Councillor Matt Dent said: “This is terrifying for people who rely on medication for their lives and their mobility. As this is part of the new Government’s policy, people are weary of saying anything that is negative but you have to wonder how much guidance is being given to the CCGs behind the scenes about mitigating this.

“There needs to be transparency to give assurances to people who are worrying about this and if they can’t be given, why?”

The Government’s Yellowhammer papers also warn that providers of adult social care could lead to “failure” as a result of an “already fragile” market which could suffer from increased staff and supply costs due to inflation.

Mr Gilbert admitted this is a concern.

“We have been in regular contact with our providers to ascertain whether there are significant risks and at the moment we believe we can safeguard the services we deliver,” he said.

“As with anything it is an unprecedented event. We can mitigate it but can’t avoid it completely.”

Thurrock Council was also asked about this issue but they did not respond.

Days before the Yellowhammer papers were published, Southend released a report on the work they are undertaking to prepare for the UK’s exit from the European Union, including spending £2,950 on a 5,000-litre fuel storage container in the event of fuel shortages.

Funding has also been allocated to Regulatory Services which enforces laws relating to issues linked environmental health, trading standards, e-commerce and imports / exports. The council expects demand for these services are expected to “exceed the existing capacity of the team”.

In July, the Local Democracy Reporting service also revealed that Thurrock Council had also spent £1,000 on purchasing their own fuel storage container, along with spent £8,049 to build up a stock of bicycles. The council said expenditure went on ten electric bicycles, helmets, locks, hi-vis vests and jackets which will be made available to carers in the event of gridlock on the roads.