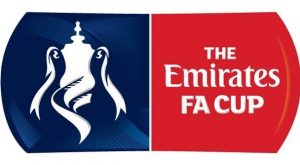 IT is with a heavy heart that the club has to advise supporters that Grays Athletic have been expelled from this season’s FA Cup competition after being charged and found guilty of a rule breach.

Consequently, the 2Q Round game away to Kingstonian FC, scheduled for Sunday 22nd September 2019 will not go ahead as planned.

The charge (Rule 15 i III) relates to fielding a player in an FA Cup game when he doesn’t hold the appropriate international clearance.

The player this relates to is Frankie Hession-Harris, who appeared as a second half substitute in our FA Cup Preliminary Round win against Heybridge Swifts FC on 24th August 2019. Frankie has since left the club and signed for Merstham FC.

Despite Frankie representing both Witham Town and East Thurrock United in season 2018-19, it transpires that he was never internationally cleared to play football back in England after representing a college team in the USA.

At this stage, whilst considering an appeal, Grays Athletic do not wish to add anything further. However, whatever the final outcome, the club will release a full account of the facts in this case by further communications and via a fans meeting.

This is obviously a major setback in what has so far been an excellent season for The Blues, who sit second in the BetVictor Isthmian League after five wins in their first six league games.

The club will keep supporters updated with further developments as they happen.

After today’s ruling from the FA, I feel compelled to speak to everyone connected with our football club.

The outcome is a very bitter pill to swallow for us and it is difficult to come to terms with the fact that Grays Athletic are being punished when the player involved has made incorrect declarations on three registration forms, whether intentionally or not, then represented three football clubs whilst ineligible.

The club feel that the punishment we have received is disproportionate based on the fundamentals of the case.

However, it is what it is and we remain hopeful that we can overturn the verdict at a subsequent appeal.

The loss of the kudos of playing the next round of the FA Cup, coupled with the financial implication of losing anticipated prize money would be a devastating and season ending event for a number of clubs.

However, we are the club that refuses to die. We are no ordinary football club. We are all made of sterner stuff and have much more character than the majority of non-league clubs.

This is a football club that lost its stadium in 2010 and was very close to going out of business then and in 2016. The fact that Grays Athletic FC will still be representing our community in the next decade is remarkable and testament to the resilience of everyone involved with the club. So for a club with our history of recent troubles, this is a glancing, not terminal blow.

I can confirm that there will be no knee-jerk reactions – there will be no change to the way we run our football club. Of course, we will review our registration procedure and learn from this episode.

We will not be adjusting playing budgets. Jim Cooper has assembled our best squad for a number of years and we intend to continue to support him and the management team in their quest for promotion this season.

Of course, as is the nature of non-league football, there will be League and club officials and supporters of other clubs that will revel in our current plight. We have seen the “keyboard warriors” out in force in relation to issues at other clubs in the last couple of weeks. However, it is important that we all stick together during this difficult period and as a group – members, supporters, volunteers, management and players – ensure that this doesn’t derail us from going forward and achieving our goals.

In terms of the board’s position – this situation has occurred on our watch and ultimately I and the board must take responsibility for that. My intention is to continue as Chairman until the end of the season, when, under the rules of our constitution, I am obliged to stand down and seek re-election if I so desire.

If anyone has any feedback or requires any further information regarding my comments, I am available on my usual numbers, addresses and via social media. Of course, I will be happy to discuss this week’s events and the way forward.

I look forward to seeing you all soon at our forthcoming games and hope that you will get behind Jim and the team for the remainder of this very interesting season.