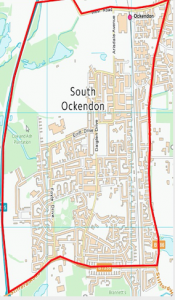 Police were called with reports that a teenage boy had been assaulted whilst in Dilks Park around 4am this morning by a group of teenage boys.

It was later reported shortly after 12.30pm, a group of four to five teenage boys approached another teenage boy and his friends whilst they were on Dalglen Drive and stole the boy’s jacket.

A short time later at around 1.30pm, it was reported that a group of teenagers approached a teenager on Derwent Parade, threatened him with a knife and stole a speaker and some change.

A Section 60 Criminal Justice and Public Order Act 1994 Authority allows Constables in uniform to use this power to stop and search anyone, specifically to prevent and detect the carrying of dangerous instruments or offensive weapons. Reasonable grounds for suspicion are not required to exercise a Section 60 search.

“We are not ruling out that these incidents are connected” said Grays local policing team Inspector, Paul Austin.

“Our main concern is keeping our community safe and preventing any more of these crimes from happening in our town.

“A Section 60 Authority is an effective tool to help officers disrupt criminal activity, take weapons off the streets and keep our community safe.”

Officers continue to investigate and are appealing for anyone who witnessed today’s incident, saw any suspicious behaviour in the town or has any information to contact Grays local policing team on 101 r alternatively information can been given completely anonymously to independent charity Crimestoppers.