THE leader of Labour has been criticised for claiming they were unable to oppose plans to rebuild the council’s civic offices due to a “technicality”.

Labour councillors Gerard Rice and Sue Shinnock had the power to change the vote for granting planning permission to the multi-million-pound redevelopment of the civic centre but they were absent from the meeting in September. 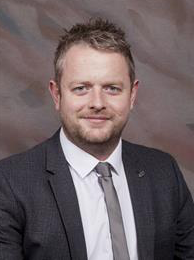 The party sent Councillors Abbie Akinbohun and Daniel Chukwu to replace them but they were unable to vote because they had not attended the previous month’s meeting when the plans had initially been discussed.

Labour leader Jane Pothecary has now vowed to challenge the decision and said the decision to prevent the two replacements from voting was a “technicality”.

But the chair of the council’s planning committee, Conservative Councillor Tom Kelly, has called her claims “nonsense”.

He said: “The fact that two Labour members on planning were absent, one being on holiday the other suspended by his group on allegations of planning irregularities, is the only reason why Labour could not vote on the Civic Offices.

“It is absolute nonsense that Labour are saying it is ‘a technicality’ that their substitutes on planning couldn’t speak or vote on the application for the council offices.

“It is clearly set out in the council constitution that a councillor cannot vote on a planning matter if they have not been present for the whole debate, and that has been the case for as long as I can remember.

“Equally the council offices application was on the planning agenda a full week before the meeting as well as it being made clear at the August meeting that it would return in September.

“The dates for Planning meetings are also set a year in advance. These excuses from Labour are paper thin and as usual do not stand up to the reality of the matter.”

Labour also faced criticised from Thurrock Independents Councillor Gary Byrne, who is also a member of the planning committee.

Speaking after the meeting last month, Mr Byrne said the offices were proceeding “as a direct result of Labour failing to attend” and called it an “utter slap in the face to residents”.

The multi-million-pound plan has been opposed by all opposition parties as well as residents who believe the council failed to provide a strong understanding of how it will be beneficial to residents.

Conservatives councillors have defended the plan with Councillor Mark Coxshall promising it will bring regeneration to Grays and “set the scene” for future development of the High Street.