The independent travel agent is buying the stores from the Official Receiver which was called in when Thomas Cook collapsed last month. 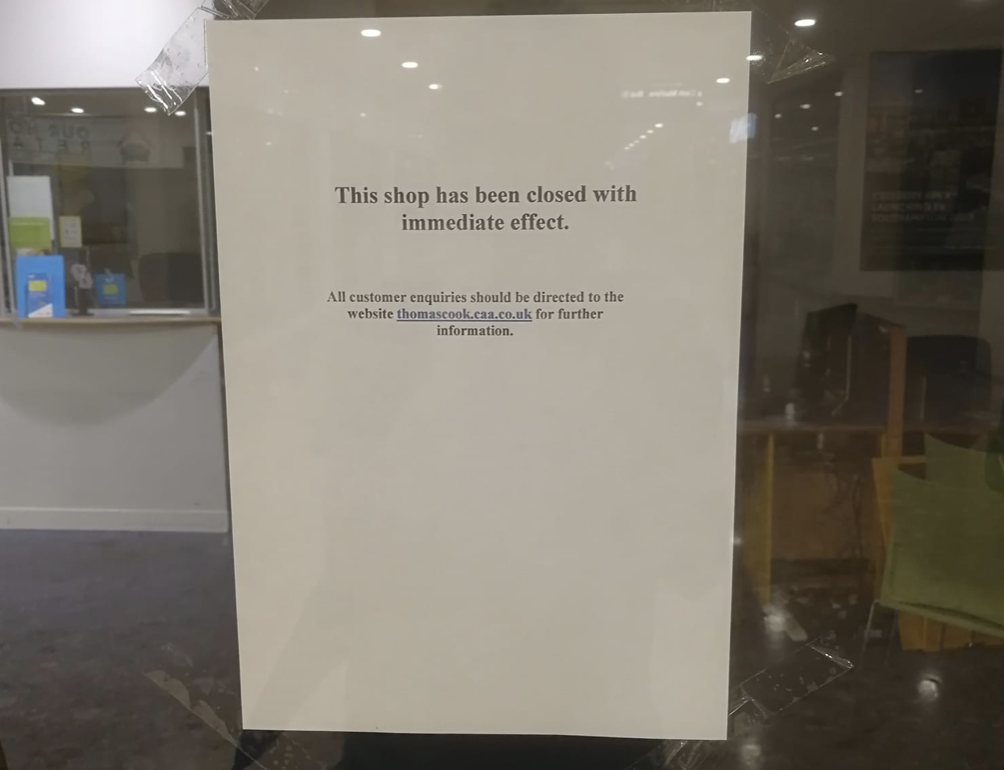 Hays has already recruited 421 former Thomas Cook staff and the deal is expected to save thousands more jobs.

There was a Thomas Cook store in Lakeside in Thurrock.

The move is a significant boost for Hays, which currently has 190 shops around the UK.

The Official Receiver described the sale as an “important step” of the 178-year-old chain’s future.