A MAN has been arrested on suspicion of breaching a gang injunction.

Sahin ‘SJ’ Korta-Haupt, 19, was arrested on Friday 11 October and has been detained to appear at court. 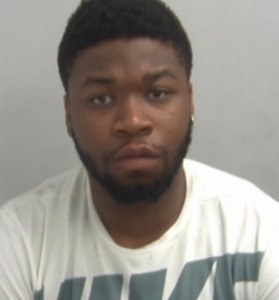 He will appear at Chelmsford County Court on Monday 28 October.

We continue to appeal for the whereabouts of 19-year-old Talliq ‘Zedz’ Mwalim in connection with a breach of the same order.

Mwalim is described as being of stocky build and is around 5ft 9ins tall. He has a short beard and short black hair worn in an afro.

He has links to the Thurrock district.

Anyone with information about his whereabouts is asked to call Grays police station on 101 or, if you wish to remain anonymous, you can speak to Crimestoppers on 0800 555 111 or submit an anonymous report through their website.