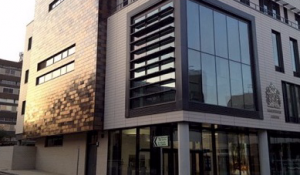 A LORRY driver has appeared in court charged with the manslaughter of 39 people found dead in a refrigerated trailer in West Thurrock.

The bodies were found in the container in the early hours of Wednesday on an industrial estate in Grays.

Maurice Robinson, 25, of Craigavon in Northern Ireland, appeared via video-link at Chelmsford Magistrates’ Court and was remanded in custody.

DNA tests are being carried out in Vietnam to help to identify the dead.

He will next appear at the Old Bailey on 25 November.

Three other people arrested in connection with the deaths were released on bail on Sunday.