WITH planning permission secured for the controversial redevelopment of the council’s civic offices, local business-owners say the £10million project will destroy their livelihoods.

Every day for the past ten years a steady stream of residents in Thurrock have purchased daily newspapers, gift cards for loved ones and groceries from an independent news agent on the High Street run by Nissa Patel and her husband Pritesh.

Daves News, on the corner of New Road and the High Street, is a business that the pair built from the ground up and is their livelihood. But that is all set to change thanks to Thurrock council which is preparing to roll in bulldozers and reduce the small business, along with three others, to rubble. 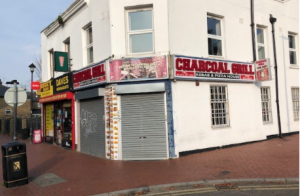 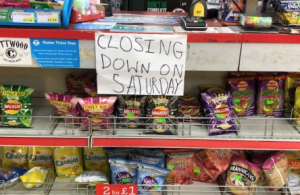 It is being done under the pretext of “regeneration” and in place of these businesses will be a brand-new state of the art office for councillors and council staff, all of whom will enter through a £200,000 “grand entrance”.

In preparation for the work, the council purchased the freehold of the building, which is occupied by the businesses, and has told them they need to be out by November 25.

But with stock running low, prices slashed and a wealth of fixtures that need to be sold, the shutters will close on Daves News for the final time this weekend.

Their desperate push to sell stock means they are barely breaking even, Mrs Patel, 40, explained. What little they do make will have to be handed over as rent to their new landlord – Thurrock Council.

“This is an independent business, this is our livelihood,” she said.

“We did get offered relocation by the council but it wasn’t suitable and even with the compensation it was a matter of take it or leave it.

“We did initially refuse it because it wasn’t a big sum and it was under the value of our business but they then threatened us with court and told us we could be left with nothing.”

Mrs Patel’s husband Pritesh, 40, added that once the council’s compensation had been deducted they are set to lose thousands due to unsold stock and the cost of removing fixtures such as fridges and shelving units.

However, the council has said they gave the business six weeks rent free.

Since the project was announced Councillor Mark Coxshall, who oversees regeneration in Thurrock, has spoken with great enthusiasm for the redevelopment of the civic offices. He insists it will be key to the long-awaited regeneration of Grays.

The plans have already begun to attract high-end businesses to invest in the town, claims Mr Coxshall, and the new building will inspire them to “build better than London”.

The council offices will include new meeting rooms that can be hired, a new café that will replace the popular independent Angel Café – one of the other businesses set to be pulled – and a vastly improved registry office.

Mulberry Gardens, a small area of green space dedicated to the planners of D-Day and where flowers were recently laid by Prime Minister Boris Johnson in honour of the 39 lives tragically lost as a result of people trafficking, will also be demolished – replaced with a new “ceremony garden”.

An information board outside the existing council offices declares they are making Grays an “exciting and high-quality place for everyone”. When planning permission was granted in September, the council’s planning officers told councillors “the benefits from the proposal outweigh the less than substantial harm”.

“When you talk about finding another shop it can take three to four months.

“Realistically, they have offered us nothing. This is our livelihood. This pays our mortgage, our bills and this is it.”

‘We’re going to be out of jobs right before Christmas’

A short walk from the news agent on New Road is the popular and independent Angel Café which will be closing their doors for the final time on November 25.

Despite the new offices including a new cafe the owner of Angel Café has been told he cannot be relocated inside the building and instead he will have to try his luck by bidding against numerous other companies.

Part-time worker Charlie Harrington, 25, is among those set to lose their jobs as a result of the council’s plans.

She said: “I don’t understand why they are shutting us down now and not waiting until after Christmas. I don’t believe they are going to start the work over the winter.

“A lot of customers have been shocked to hear we are closing and they don’t know where to go as an alternative. This whole plan just seems like such as waste of money when it could be spent elsewhere.

“We are all going to be out of jobs because of this and right at Christmas time.”

‘The council is sacrificing people’s jobs’

Plans to redevelop the civic offices have been fiercely opposed by opposition political parties, with Labour councillors leading the way in calling for the plans to be abandoned.

However, the party faced criticism in September when two members were absent from a meeting where a final decision was made on granting planning permission – those two votes could have swung the decision.

She said: “These people have worked hard to build their businesses from scratch and they play an important role in the lives of residents living south of the railway line.

“Big promises were made about compensation and relocation, but these haven’t been fulfilled. We’re supposed to be supporting small businesses but Thurrock Council are treating them with contempt.

Councillor Luke Spillman, leader of Thurrock Independents, added: “The reported experiences of the affected shop keepers are extremely disappointing, but sadly not surprising.

“This whole project has brought shame on Thurrock Council and the Tory administration. They continue to plough on relentlessly without any hard evidence of any future benefits to Thurrock.

Thurrock Council was asked to comment on the allegations made by businesses but they did not respond.