TWO men who admitted stabbing a man in his own home while two young children were upstairs have been jailed for a total of nearly 16 years.

Archimede Kintadi and Alex King went to an address in Thackery Avenue, Tilbury at around 8.30pm on 1 October asking if someone they knew was inside. 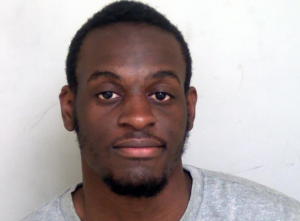 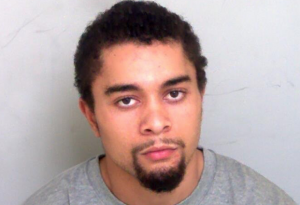 When they were told they weren’t, Kintadi, who witnesses said had a knife in each hand, and King, who was seen holding a pole and a knife, confronted a man in his 40s, and stabbed him causing him to fall back on to a table.

Other people inside the address tried to intervene they were assaulted, before the pair stabbed the victim again.

After the men were finally convinced to leave the address the police were called and, less than an hour later, Kintadi and King were stopped in St Chad’s Road and arrested.

The victim sustained a number of serious injuries and has needed facial reconstruction surgery and has been left with no feeling to the right side of his face because of nerve damage and has difficulty speaking.

All during the attack, two young children had been upstairs.

Kintadi and King, who are both 24 and of no fixed addresss, were later charged and Basildon Crown Court on Thursday 7 November pleaded guilty to GBH with intent and having a bladed article.

They both pleaded not guilty to affray.

Kintadi was jailed for eight years while King was sentenced to seven years and eight months.

Following the sentencing, investigating officer PC Laura Curtis, from Grays CID, said: “This was a vicious and sustained attack which has had a lasting physical and psychological impact on the victim and his family who were witness to the attack on their father.

“Kintadi and King subjected the victim to a prolonged ordeal in his own home.

“They are dangerous men who are worryingly at ease using extreme violence.

“They will now spend a significant time behind bars and I believe Essex is a safer place with them in prison.

“I want to praise the courage of the victim and his family throughout the investigation and court process and I hope this sentencing goes some way to helping them move forward.”