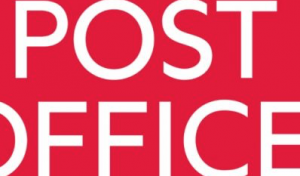 ROYAL Mail has won its legal battle to prevent a postal strike after the High Court backed its application for an injunction.

The decision is a setback for union plans to stage strikes in the run-up to the general election and Christmas.

But Royal Mail argued that the ballot had “potential irregularities” and was null and void.

The Communications Workers Union (CWU) said its members were “extremely angry and bitterly disappointed”. It also accused Royal Mail of a “cowardly and vicious attack on its own workforce”.

It said it intended to appeal and had already lodged an application with the High Court.

But Shane O’Riordain, managing director of corporate affairs at Royal Mail, said the postal service had been forced to take legal action.

Members of the CWU had voted by 97% in favour of a nationwide strike, saying the company had failed to adhere to an employment deal agreed last year.

Royal Mail denied this and said it had evidence of CWU members coming under pressure to vote “yes” in the ballot.

This included, the company said, union members “being encouraged to open their ballot papers on site, mark them as ‘yes’, with their colleagues present and filming or photographing them doing so, before posting their ballots together at their workplace postboxes”.

Royal Mail said this amounted to a “de facto workplace ballot”, contrary to rules on industrial action, to maximise the turnout and the “yes” vote.