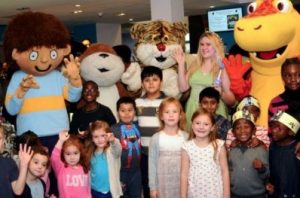 AS libraries across the country face threats of closure Thurrock Council says it has has bucked the trend by promising the borough’s libraries will all remain open and receive more investment.

Councillors have spoken up to praise the authority’s achievement in keeping libraries open and welcomed an announcement that by January they will each benefit from extra computers and self-service facilities.

The council also hopes to introduce schemes that will give job hunting residents some extra support – this will include teaching people how to use a computer to complete a job application and the creation of ‘job clubs’ that can help people find work.

Furthermore, two Apple Mac computers will be installed in each library and be made available to business users.

At a health overview and scrutiny meeting corporate director of Adults, Housing and Health Roger Harris, said: “The library service has not had a significant amount of investment in a number of years but I think we’ve turned a corner on that.

“The East Tilbury library opened fairly recently, and Aveley is opening early in the new year. We’ve also got plans for the Tilbury library to move into the planned Integrated Medical Centre.

“We are spending £200,000 on the digital offer to improve equipment in all of the libraries and we are developing a business plan for each library over the next 18 months to two years, so there is a real positive energy behind these libraries.”

Independent Cllr Shane Ralph labelled the news “a brilliant turn around” and Conservative Cllr Joy Redsell said “I think this is really brilliant and I hope there is more to come”.

Cllr Sara Muldowney added: “I am in support of keeping out libraries open and seeing them become more of a hub for our general population.”

The improvements have come after the council agreed in December 2018 to put together a library strategy that guarantees all nine of Thurrock’s libraries will remain open.

The council’s ambition is to evolve the libraries into ‘community hubs’ which give support to residents by offering health support, art events and skills workshops.

Essex County Council came close to shutting down 25 libraries earlier this year but did a U-turn in July following months of protests and has promised to invest £3 million into libraries over the next five years.