Thousands of grants available from the lottery 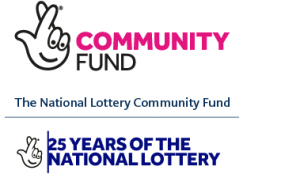 A £2 million National Lottery fund has opened to celebrate The National Lottery’s 25th Birthday, with thousands of grants available to anyone with a great idea to bring their community together.

Designed to help communities across the UK join in with The National Lottery’s 25-year birthday celebrations, the £2 million fund from The National Lottery – called #CelebrateNationalLottery25 – is open to anyone with a great idea to make a difference in their local community.

The fund offers anyone the chance to win £1,000 to make their idea a reality – and showing that no individual or idea is too small to make a big difference in their community.

Thanks to National Lottery players, lives of ordinary people have already been transformed in the UK over the past quarter of a century. This includes a community group that purchased football equipment, with almost £500 of National Lottery funding, so that more children could take part in activities.

The club has brought together children and families from different backgrounds through football, improving their fitness and wellbeing and building community spirit. Another community project hosted a 1940s style tea dance to celebrate Armed Forces Day last year with £500 of National Lottery funding. There was a live singer, war memorabilia and lots of cake for guests.

It is hoped that the fund will boost community spirit across the UK and appeal to individuals who might not previously considered applying for National Lottery funding.

A National Lottery survey reveals that being part of a community makes people feel happier (84%), less lonely (81%) and mentally healthier (75%).

The survey of 2,000 UK adults also showed that community spirit remains alive and well in our neighbourhoods, with results showing that in the East:

· 41% of people said they would like improvements to be made in their local area, but only 23% people believe they can make a difference to their local community themselves.

Jon Eastwood, Senior Head of Regional Funding at The National Lottery Community Fund, responsible for distributing around £12m a week to good causes, said: “For 25 years The National Lottery has been helping communities to thrive in every corner of the UK – from inner cities to rural villages, and everywhere in between. That’s why the fund, #CelebrateNationalLottery25, is to say happy birthday and to empower anyone and everyone to make their idea for their community a reality.”

Academy Award winners Aardman teamed up with The National Lottery to release a film to celebrate the fund. Known for their unique animation techniques, the creators of Wallace and Gromit have designed a range of diverse and inclusive characters representing people and communities that reflect the modern UK, with a surprise cameo from stand-up comedian James Acaster who voices one of the characters.

The animation shows what four people would do if they had £1,000 to use in their community. The script was informed by qualitative research from members of the public across the UK, featuring young people hosting a party to bring neighbours of all generations together, and older people hiring a café to fill with memorabilia to help stimulate memories for those living with dementia.

#CelebrateNationalLottery25 opens to applications from Saturday 23 November at 8am, until Friday 6 December. Whether it’s a wheelchair lift for a dial-a-ride minivan, a set of events at your local library or even a llama visit to a primary school, The National Lottery wants to hear your great ideas.

Everyone who submits an application will be entered into the lottery draw, which will take place after the deadline closes at 2pm on Friday 6 December 2019. Applications will go through a checking process to ensure that the idea being funded is eligible and that the money will be used as intended.

A further £5.5 million will be released to grassroots community groups next year through The National Lottery Community Fund’s popular Awards For All scheme.

Thanks to National Lottery players, more than £40 billion has been raised for good causes in the areas of arts, sport, heritage and community over the last 25 years. #CelebrateNationalLottery25 is being funded and delivered by The National lottery Community Fund, the largest funder of community activity in the UK. The fund marks the culmination of a major campaign by The National Lottery celebrating its impact over the past 25 years and thanking players for contributing £30 million to good causes every week.