“We were called at 12.17pm with reports that several people had been sprayed with an unknown substance in The Mall, Grays.

We sent the hazardous Area Response Team, rapid response vehicle and one ambulance.

“One ambulance remains at the scene where one person is being assessed”. 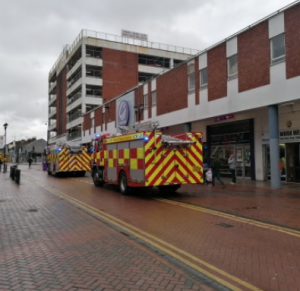 THE EMERGENCY services are at Grays Shopping Centre after a “chemical incident” had been reported.

An Essex Police spokesperson said: “We are currently at the scene of an incident in Grays.

“We were called shortly before 12.20pm today, Friday 6 December, to reports that several people were feeling unwell after a container, which we believe may have contained CS or pepper spray, was discharged inside The Mall, High Street.

“Our enquiries are ongoing and officers are searching the local area for several men who left the shopping centre shortly after the incident.