Prolific shoplifter has been banned from Grays town centre. 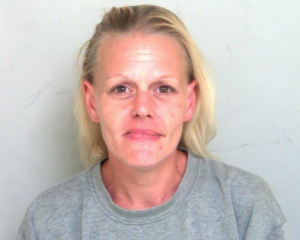 A prolific shoplifter has been banned from Grays town centre.

LAURA Reid was jailed for six months at Basildon Crown Court on Monday 4 November after admitting three counts of shoplifting, two counts of failing to surrender to bail, breaching a community order and possession of cannabis.

The court heard the 36-year-old, of Seabrooke Rise in Grays, also had previous convictions for shoplifting from shops in the town.

The Grays Town Centre Team applied for a criminal behaviour order, which was granted on Wednesday 18 December.

It bans her from entering the town centre for five years except for pre-arranged appointments with support services and health care providers.

The exclusion zone is the area between the A126 London Road, A126 Orsett Road, B189 Derby Road, Crown Road and Maidstone Road.

Sgt Ben Forbes, who leads the Grays Town Centre Team, said: “Reid’s behaviour has had a significant impact on local retailers and I hope this criminal behaviour order helps to prevent her committing further offences.

“The Town Centre Team works closely with businesses and other partners to tackle problems together, and we will use all options available to us to prevent crime and take action against anyone whose criminal or anti-social behaviour is having a negative impact on the community.”

One Response to "Prolific shoplifter has been banned from Grays town centre."