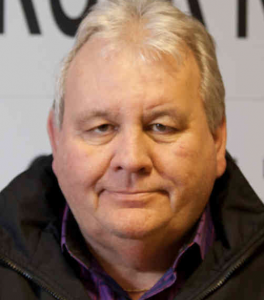 A long time servant of the club he has held many roles there, most recently as first team manager.

Club members have been quick to play tribute among them T-Birds’ former captain and England international Mercedes Foy who said: “So very sad to hear the news that Kevin is no longer with us.

“He was such a great servant to TRFC.

“Thank you for your amazing support over the years Kevin. Will miss seeing your face at the club. Another TRFC face taken too soon. Rest In Peace dear Kevin.”

It is believed Mr Hymas, who has been battling cancer for some time but was in remission, suffered a heart attack while at Lakeside. He was airlifted to hospital but was unable to be saved.