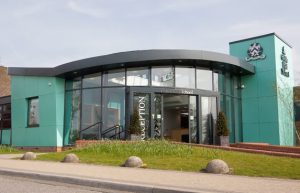 A TEENAGE boy has been arrested on suspicion of burglary in Corringham this afternoon, Thursday 30 January.

Essex Police were called to reports of a disturbance in Lyndhurst Road shortly after 2.25pm.

Officers then pursued the 16-year-old to Ortu Gable Hall School on Southend Road, where he was arrested.

A police spokesperson said: “We do not believe that there is any current connection between the boy and the school and would like to thank the pupils and staff for their patience and understanding this afternoon.

Gable Halll school posted a message to parents on their Facebook page.

Headteacher, Ceri Evans said: “Please be aware at approximately 3:00pm today, police were pursuing an individual with regards to a suspected incident. The incident was completely unrelated to the school. Whilst being pursued by the police, the individual bolted through the school gates, followed by officers. He was detained and arrested onsite.

“I have spoken to the police officer in charge and have requested that Essex Police clarify the situation on the Essex Police website and Stanford social media sites.

“We would like to assure that the safety of your children is and remains our number one priority. “