Thurrock Council outlines where hundreds of new homes could be built 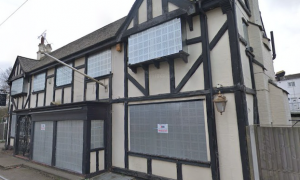 THURROCK Council has listed a series of sites that could be developed into new affordable and social housing estates making up almost 1,000 homes.

The list has been drawn up as part of the council’s Local Plan which requires 32,000 homes to be built in the borough over the next 18 years.

Most of the homes are likely to be built by private developers but the council is aiming to contribute 1,000 social homes by 2023 and 500 ‘affordable’ homes by 2029.

A detailed list of 20 potential development sites will be discussed by the council’s housing committee next week and together they could represent space for 926 homes.

The list includes Culver Field and the vacant Prince of Wales pub in South Ockendon, a section of the council offices that will be vacated as part of a regeneration project and a council car park on Thames Road in Grays.

The former Aveley Library is also on the list, along with garages Broxburn Drive and green space on Enborne Green and Derry Avenue in South Ockendon.

Council documents state: “The site options on the list will be brought forward in the normal way, including consultation with stakeholders and communities.”

Councillor Barry Johnson, who oversees housing, said during a cabinet meeting in January that by including a site on the list it does not represent a “planning endorsement”. He added that no development would take place without first obtaining the views of ward councillors and residents.

After the housing committee gives feedback next week, the list will go to the council’s cabinet for further discussion and possible amendments. The council aims to review the list each year and more sites are expected to be added.

Council documents do not provide any details on the infrastructure that will be developed in support of the additionally homes.