Firefighters busy in Thurrock due to Storm Ciara 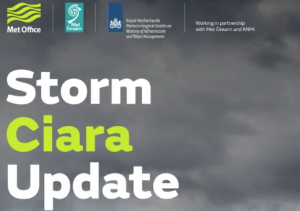 ESSEX Firefighters have been called to attend incidents throughout Essex following heavy winds and rain during Storm Ciara.

By 1.30pm, Control operators had received calls to more than 50 weather-related incidents.

This morning, as well as working to make the area near Cliffs Pavilion in Westcliff-on-Sea safe after a large section of roof was left hanging precariously, firefighters also managed a similar incident in The Vineyards, Chelmsford when several scaffold boards on a platform 40 metres high were also in a dangerous position.

Elsewhere at 8.43am, Braintree firefighters were called to a partial roof collapse at a property in Rayne Road, while Corringham crew members cutaway a large fallen tree which was blocking Southend Road, Corringham.

Then at 9.26am, Wethersfield firefighters helped to make a house in The Green, Finchingfield safe after a 40 foot tree collapsed onto it – taking down a power line in the process.

At 9.51am, Grays crews were then soon called to a property in Chase Way, Grays after several sheets of corrugated metal had blown loose. Firefighters worked hard to secure the sheeting back in place and remove the dangerously positioned material.

Less than half an hour later, Witham firefighters then worked to make Howbridge Road, Witham safe – after a tree had collapsed and taken down power lines along with a nearby house’s chimney.

Shortly before 11am, Southend and Leigh firefighters cleared a carriageway of the A127 at Kent Elms Corner, after a tree had collapsed.

At 11.15am, Dovercourt crews then removed a sign from a commercial property in Deanes Close, after high winds had left it hanging precariously from the first floor of the building.

At 11.53am, Saffron Walden firefighters were called to make Hempstead Road safe, after a tree fell on a sharp bend – posing a severe risk to motorists. Crews worked to clear the roadway as quickly as possible in continuing difficult conditions.