‘Once in a generation’ care facilities approved for Thurrock 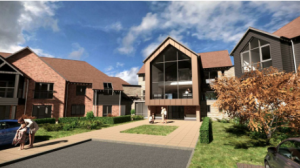 A PLAN to transform a golf course into a major new retirement and leisure development has been approved by councillors who called it a “once in a generation opportunity”.

The ambitious plans for the Langdon Hills Golf and Country Club, on Lower Dunton Road in Bulphan had been heavily criticised by the council’s planning team which urged councillors to refuse the plans.

The council officers said it would be too isolated from the rest of the borough, that the care facilities may be unaffordable for Thurrock residents and there would be poor transport links.

They further criticised the plans for having a significant area planned for the green belt, stating that there the developer has not justified “very special circumstances” to build on the land.

But councillors questioned how the planning team had reached this conclusion considering the significant contribution it could make to supporting the borough’s elderly residents and the creation of jobs.

Under the plans, there would be a 64-bed care home with dementia facilities, apartments and bungalows for independent living for the over 55s, homes for care workers and a range of leisure facilities including a new golfing academy, a swimming pool, gym, and spa.

It is estimated that it would create 200 full and part time jobs, along with 500 in-direct jobs.

Conservative Councillor Angela Lawrence said: “These aren’t just normal bungalows, they are state of the art to make sure people have the best care going. Wouldn’t we all want that for our parents?

“It’s not about who can afford it and who can’t, it is health and wellbeing. If people can afford to live there then they are leaving space for people who can’t in their community, because there is an awful lot of elderly people here and we’re all going to be one one day.”

Her enthusiasm for the scheme was backed by Tory Councillor David Potter who told the committee “we need to build this stuff somewhere and green belt cannot come above the need to care for elderly people”.

While councillors chose to approve the plans, the approval is provisional as they were unable to come up with enough reasons to counter the concerns raised by council officers. A final approval will be given at a meeting next month.

Labour Councillor Gerard Rice said: “If there are concerns from the officers and I can see when I read the report there are a number outstanding, I would suggest we let this go away for a month, get the planning manager to look at this with the applicant and thrash out these items that are problematic.

“I don’t think we should lose this because it is a once in a generation opportunity and if we don’t get it, it will go elsewhere and I think that would be criminal, absolutely criminal.”