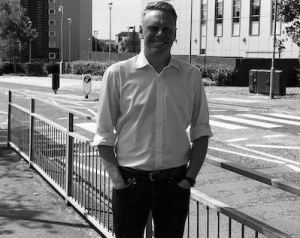 MOMENTS of genuine, long lasting change happen vary rarely in the life of a nation. The post-war settlement of 1945 heralded a general political consensus, built around the NHS and the welfare state. This lasted until the 1979 election of Margaret Thatcher. The post-1979 settlement has, in my opinion, reached its zenith in the austerity, the dismantling of the welfare state and the systemic under-funding of the NHS of the past decade. A generational change is in the offing.

Following the financial crisis of 2008, the political crisis of MP’s expenses of 2009 and now the health and societal crisis of 2020, the UK is ripe for a new, long-lasting settlement, driven by the lessons of the Covid-19 pandemic. I hesitate to call it the ‘post-Covid settlement,’ but, whatever name it takes, it will shape the consensus for the next generation.

The new settlement can’t come soon enough. The recent Marmot Review, published by Institute of Health Equity on 25 February 2020 has found that overall life expectancy has stalled for the first time in more than 100 years. Let that sink in. The report also states:

This shocking fact is a result of political decision making. A conscious choice has been made in the years between 2010 – 2020 to see the post-1979 era to its natural conclusion. An era defined by the mantra ‘there is no such thing as society’ has left us with a litany of ills plaguing our society:

More than 1.6 million emergency food parcels have been distributed by Trussell Trust food banks in the year leading up to March 2019 – yes, people are actually having to plead for food in our country;
The Joseph Rowntree Foundation and Institute for Fiscal Studies reports that a fifth of the population (yes, a fifth!) live in poverty – that’s 14 million people;
The proportion of people living in poverty who are in a working family has reached 56% – work has stopped being the automatic route out of poverty;
1292 Sure Start children’s centres have closed since 2010 – depriving vulnerable children a decent start in life.

It often takes a generational crisis for society to wake up and demand better. It took the toil of the Second World War to expose ingrained societal inequalities that had lingered since the Victorian and Edwardian eras. Demobbed soldiers who had fought till the end returned home and demanded ‘Homes for Heroes.’ Those who had fought the war now wanted to win the peace. They wanted to experience the fruit of the Beveridge Report, with its emphasis on slaying the five giants of ‘Want, Disease, Ignorance, Squalor and Idleness.’

This current crisis has exposed hundreds of thousands, for the first time, to the complexities, delays and humiliations of Universal Credit and other similarly complex benefits. Many who previously saw ‘welfare’ as something for scroungers to claim are now questioning how secure the safety net is for them. If businesses and corporations are seeking immediate government support during this crisis, how can the average 5 week wait for Universal Credit ever be right for individuals and families who have fallen on hard times? How many companies seeking government intervention could feasibly last for 5 weeks without any income or support? If successful firms haven’t got the assets to weather a storm, then neither have ordinary people. People will not stomach a ‘socialism for rich’ during times of crisis only to then return to a ‘capitalism for the poor’ during times of peace.

A mere few weeks ago, we learned who the Government considered to be ‘unskilled.’ These very same people are now at the vanguard of our nation’s response to Covid-19. Once this virus is defeated, we will not return to the old days of care workers, hospital cleaners and delivery drivers being seen in this demeaning way. With the starting salaries of nurses, paramedics, midwives and radiographers falling below the Government’s £25k per annum threshold for a ‘skilled’ job, there will be a realignment of how we view success in the workplace – how many ‘captains of industry’ have been deemed crucial for running of our country?

Trade Unions, long castigated in the post-1979 Thatcherite settlement, have been constructive in helping the Government to manage its ‘key workers’ for the benefit of society. Whether it’s Unite with dockers and essential manufacturers, Unison with health workers and local government officials, NEU/NASUWT/ASCL/NAHT with teachers, Usdaw with supermarket operatives and the Trades Union Congress advising the Chancellor on the measures needed to support employers and employees, Trade Unions have shown that a unionised workforce is a positive for the country. Unions, alongside businesses, will be integral to rebuilding the economy.

When this crisis has finally ended, people will not put up with the kind of behaviour and mistreatment of workers that has come to the fore recently with companies such as Virgin Atlantic, Britannia Hotels, Sports Direct and Wetherspoons. The fragility of the increasing numbers of ‘gig’ and freelance workers has been cruelly exposed by the sudden shutting down of the economy and the delays in the various support packages announced by the Chancellor. Living ‘gig to gig’ without a decent safety net and the prospect of a paltry £95 per week if you fall ill is something which shouldn’t be tolerated in 21st century Britain.

This is what we need:

1) A complete eradication of health inequalities that has led to the biggest stalling in life expectancy taking place in the most deprived 10% of neighbourhoods in the north east, and the largest increases in the richest 10% of areas in London;

2) A meaningful and thorough investment in the early years of life to reduce child poverty. A good place to start would be the reversal of the 1292 Sure Start centres shut since 2010;

3) A root and branch overhaul of the welfare state, with an emphasis on human dignity. It must be nimbler and more generous. All options must be on the table for a greater safety net. A Royal Commission should be launched to examine the merits and demerits of a Universal Basic Income.

4) The adult social care system, maintained by so-called ‘unskilled’ workers should become integrated into the NHS (a National Health and Care Service) with the staff being seen for what they are: ‘key workers.’ They are not only critical in times of crisis; they are critical in times of normality, too.

5) Decent companies that treat workers well should be celebrated, held up and rewarded in the tax system. Rogue companies must be held to account. Trade Unions, with their expertise on the ground, must become part of the national fabric. The precariousness of low-wage gig work should end.

6) Local government, shackled in one of the most centralised states on earth, must be liberated to do more for the local people they serve. Thurrock, for example, should be at the forefront of delivering the change that people want and need. Power should always be exercised at the lowest possible and practical level.

We do live in unprecedented times. Times like this force people to take a step back and view the society in which they live through a long lens. So far, we have been caught short. Whether its people experiencing the benefits system for the first time or NHS staff crowdfunding for the PPE equipment which should be theirs by right, many have been caught in a situation which they never envisioned in their lives. A new settlement is coming. If we get it wrong, we’ll have the leaders of 2060 to answer to.

One Response to "Blogpost: Beating The Virus, Building A Better Britain by Martin Kerin"