Reports of incident at Coryton/Corringham area

Crews were called to an oil refinery after a build up of pressure had caused a safety valve to lift – a process which is completely normal when pressure builds.

The process has caused a large amount of steam and noise in the area, but there is no fire or cause for concern.

At 10.15pm firefighters said that on-site staff were dealing with the incident themselves and have already successfully reduced the pressure.

Crews are standing by as a precautionary measure. 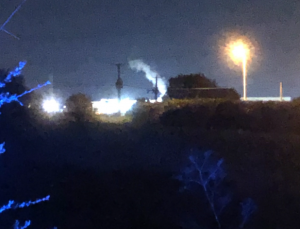 WE are exploring reports of a loud noise coming from the Coryton/Corringham area.

Emergency services are at the scene.

It could be heard from Basildon and across the water in Kent.

YT has made inquiries to all relevant emergency services.

More follows as we receive information.