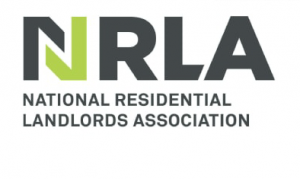 A RECENT report by Citizens Advice which claimed that as many as 2.6m private renters have missed a rent payment, or expect to do so, owing to coronavirus is potentially a long way wide of the mark and irresponsible, according to the NRLA.

The association say that Citizens Advice appears to have extrapolated this figure from just 25 renters who said in a survey that they are behind on their rent because of coronavirus and 74 who say they expect to be behind. This comes from a generalised survey of just 2,016 adults across the whole of the UK.

The National Residential Landlords Association says that this small, generalised survey has produced different results from a recent, specialised survey of renters reported in The Guardian which showed that instead of 23% of private renters not being able to pay the rent as suggested by Citizens Advice, only 2 per cent had missed a rent payment and 12% were struggling to pay.

Further research by Hamptons International has found that 70% of tenancies that were due to end in March were renewed. This was the highest level in any March since 2008 showing that the vast majority of landlords are supporting their tenants to feel secure in their properties during the coronavirus pandemic.

Chris Norris, Policy Director for the National Residential Landlords Association said: “Clearly there are many tenants facing difficult times as with all sections of the community, including landlords, but speculating about serious issues based on minimal data does nothing to support or help those in need.

“It is a crude simplification and potentially very misleading to extrapolate figures from such a small sample.

“Whilst the overwhelming majority of tenants are continuing to pay their rents in full and on time, we continue to call for greater support for those who are struggling to pay.

“This should include ensuring benefits cover entirely the cost of people’s rents where they need it and scrapping the five-week wait for the first payment of Universal Credit.”