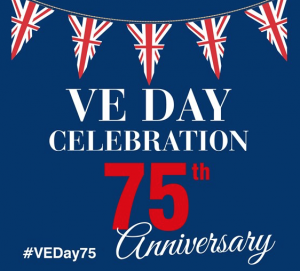 THURROCK Council will mark the 75th anniversary of VE Day on Friday 8 May with a number of private tributes and virtual events.

The Mayor of Thurrock, Cllr Terry Piccolo, will lay a wreath at Stanford le Hope War memorial and Deputy Mayor, Cllr Sue Shinnick will lay a wreath at Grays War Memorial at 11am on Friday. Due to Government advice regarding social distancing, both of these occasions will be private and not open to members of the public to attend.

Special pre-recorded videos of readings will also be shared on the council’s Facebook page by both the Mayor and Deputy Mayor, to pay their respects to the servicemen and women who fought in WWII.

This will be followed by a special red, white and blue light display outside the Thameside Complex in Grays to mark the day.

A WWII memorial statue is also planned to be unveiled in Grays Town Park for Victory over Japan Day (VJ Day) in August to further commemorate this year’s anniversary.

Cllr Deb Huelin, Cabinet Member for Communities, said: “Although we are unable to come together as a community to celebrate VE Day this year, we wanted to ensure that Thurrock commemorates the sacrifices of our brave service men and women as best as possible during these difficult times.

“We had a terrific response to the community grants earlier this year, which saw 19 organisations be awarded with up to £500 to host their own event or street party on VE Day. Due to the government’s social distancing advice, those awarded a grant have been contacted by the council to confirm how these events can be held at a later date when it is safe to do so.

“I would encourage everyone to stay safe and celebrate the day in their own way at home. A special VE Day at Home pack is available from the government to help all our residents in marking VE Day this year.”