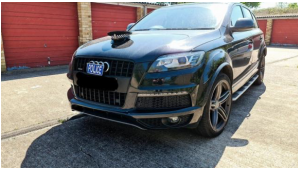 A MAN was arrested in Harlow driving a suspected stolen Audi.

The 26-year-old from Grays was arrested after a car failed to stop for officers.

A black Audi Q7, believed to have been stolen from an address in Hertfordshire, was spotted by officers at around 1.50pm on Wednesday, May 6th and was abandoned in the Hollyfield area just moments later.

The man was arrested nearby in Shawbridge after officers searched the area.

He was arrested on suspicion of burglary, failing to stop when directed and dangerous driving.

A spokesperson for Epping Forest Police tweeted: “Whilst on our way to a tasking we came across this vehicle that failed to stop for us in Harlow.

“Vehicle stopped and one male arrested for various offences.”