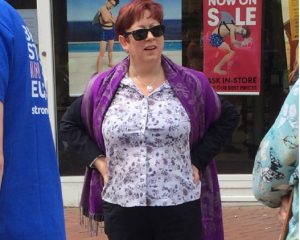 Thurrock MPs Stephen Metcalfe and Jackie Doyle-Price have both called on government advisor Dominic Cummings to quit after failing to be won over by yesterday’s (Monday, 25 May) TV broadcast when the beleaguered pal of Prime Minister Boris Johnson faced journalists over his perceived breach of social distancing guidelines.

Mr Cummings drove 260 miles to County Durham with his young son and wife to be near relatives when his wife developed coronavirus symptoms.

And he then drove to a nearby beauty spot – which he says was a test of his driving ability after he recovered from being ill.

Mr Cummings took the unusual step of featuring in a live broadcast from Downing Street as he faced up to questions – but his answers have failed to win over Mr Metcalfe who today said it was time for the advisor to go.

Mr Metcalfe has issued the following statement: “As you can imagine I have received hundreds of emails on the issue regarding Dominic Cummings and his perceived breach of the lockdown rules expressing a wide and diverse range of views on his actions.
“Therefore for clarity and consistency have decided to respond to then all in the same manner, but I can assure you I have read each one and understand the frustration and anger expressed in many of them.

“I have taken some time to respond, as I wanted to allow further details of the story to be reported and to allow Mr Cummings the opportunity to clarify his actions.

“As you will appreciate, I am no more informed of the facts of the case than you are, as I have no relationship with Mr Cummings and have not personally heard his explanation of events, other than from his press conference last night.

“Like many others I was surprised when this story broke and initially felt this flew in the face of the rules that we were all asked to obey. We have all made sacrifices to abide by the rules and thankfully, as the vast majority have, we are now seeing the prevalence of the virus in the general population diminishing.

“While his explanation of why he travelled to Durham in search of childcare and support, when both he and his wife had symptoms of the virus, may have been covered by the “exceptional circumstances” guidance covered in the rules, it still does not sit comfortably with many people.

“That said, there has also been a lot of misreporting and as Mr Cummings explained, that once in Durham he and his family self-isolated. With the exception of a visit to the hospital with his sick child and a test drive before returning to London, he remained isolated. Many of the other accusations have been vehemently denied, such as visits and return trips to London.

Damaged to credibility of government advice
“However, this is not just about the letter of the law, it is also about the spirit of the law and it is hard to find a defence for Mr Cummings’ actions, as it has the potential to give the appearance that there is ‘one rule for us and one rule for them’.

“So while he may have acted with the best intentions, it has damaged the credibility of the government advice which is in place for all our good, so I do hope that people will still follow the guidance as until we have control of the virus, it still presents a risk. To abandon what we have been doing would set us back and mean the current situations remains in place longer.

“I therefore think that to restore faith in the rules and to allow us to move on and prepare for the next stage in lifting the lock down Mr Cummings should consider his position and resign.”

Thurrock MP Jackie Doyle-Price has added her voice to the growing chorus of appeals for him to resign.

She says: “”I have received a number of representation regarding the behaviour of Dominic Cummings and thought I should state my position.

“In making real sacrifices in order to obey the government’ instructions it is quite understandable that there is anger that Government figures have not done the same. When a government is tainted with a ‘do as I say, not as I do’ attitude to the public, it loses its moral authority.

I have witnessed with dismay as the Government machine has sought to defend Mr Cummings. In doing so it has endorsed behaviour which is clearly not consistent with what the Government expects each of us as citizens to do.

“At a time when the public is looking to Government for leadership through this dangerous pandemic, this handling has been ill-judged. This is advice I conveyed to the government on Saturday as I believe did a number of MPs.

“Frankly this has been a very embarrassing episode for the Government. To bring this sorry chapter to an end I am afraid Mr Cummings has to go.”