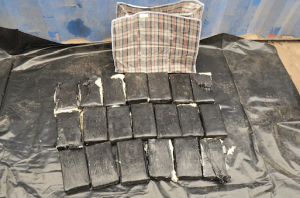 ALMOST 300 kilograms of Class A drugs, worth over £10 million, has been recovered in Essex in the biggest ever land-based seizure of drugs in the Eastern region.

The Eastern Region Special Operations Unit (ERSOU) recovered around 280 kilos of cocaine at an industrial address in Purfleet on Sunday (24 May).

They were supported by specialist resources from Kent Police and Essex Police as part of an ongoing investigation into serious and organised crime.

Detective Chief Superintendent Simon Parkes, from ERSOU, said: “This proactive operation has prevented a huge quantity of drugs from ever entering the communities in our region.

“Drugs blight our communities in all manner of ways, driving offending from burglary and anti-social behaviour through to knife crime and other serious violence. 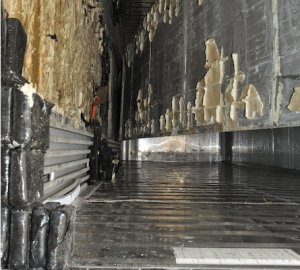 “Our aim is to focus on the major players involved in drugs supply and remove their ability to profit off the misery of others.”

Two men in their 40s and one man in his 50s have now been charged with conspiracy to supply Class A drugs and remanded into custody, pending a future court appearance.

Four other men arrested in connection to the seizure have been released on bail, pending further enquiries.

Detective Inspector James Panter said: “The significant discovery of 280 kilograms of Class A drugs is a fantastic result for our team.

“This is testimony to the hard work and tenacity of our officers and partners as they continue to carry out operations to tackle organised crime, even during these challenging times.”

This is the latest in a number of significant seizures by ERSOU since the coronavirus lockdown was introduced.

Overall, more than 70 kilos of Class A drugs and seven firearms were seized in Bedfordshire last month.

During the lockdown, the National Crime Agency and other law enforcement agencies have seized more than 25 tonnes of Class A drugs and £15 million in cash.