Would Labour bring schools back under local authority control? 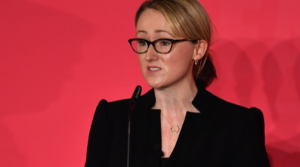 REBECCA Long-Bailey has told Tes that she intends to examine education policy to find out “how quickly we can bring academies into local authority control” reports the TES.

Labour’s shadow education secretary, who began her job two months ago, already appears to be going further than her predecessor, Angela Rayner, in speaking out against academies, which she said were lacking in accountability.

It’s the fact that individual schools set different pay and conditions for staff. They have essentially become quite commercialised, and I think it’s important to have all schools with some level of local accountability.

“That’s why I’d very much be in favour of bringing all academies back under local authority control.”

The shadow education secretary said she shared the same views about academies as her predecessor.

However, Ms Rayner was careful not to commit the Labour Party to either abolishing academies or putting them back under local authority control.

Ms Long Bailey said: “For the time being, certainly in this crisis, I’ve said very clearly that we should be halting any restructuring and moves towards academisation while we tackle this crisis.

“And then beyond that, of course, within the brief, I’ll be looking at the policy details about how quickly we can bring academies into local authority control. I know there are many discussions and opinions on that out there.”

The Department for Education has been contacted for a comment.