Domestic abuse cases in Essex rise by 20% during lockdown 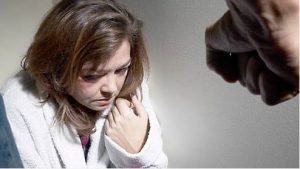 THE number of people arrested on suspicion of domestic abuse in Essex increased by 20 per cent in the first full month of lockdown compared to last year.

There has been increased concern over how domestic violence victims may be at more risk due to the coronavirus outbreak.

The threat from perpetrators is being regarded as particularly acute during lockdown, when victims have limited freedom to escape any coercive and controlling behaviour at home.

Essex Police have underlined the number of domestic violence orders that have been issued since the beginning of the year.

Since the start of 2020, they have successfully applied for 150 orders through the courts and have prosecuted 23 people for breaching them – where they were either fined or sent to prison.

Among the most recent efforts against domestic abuse was the arrest of a 27-year-old man on suspicion of breaching an order after a woman reported that he turned up at her address in Basildon on Tuesday, June 23.

The hard work of the teams in securing these orders has not gone unnoticed with Shadow Minister for Domestic Violence and Safeguarding, MP Jess Phillips, praising Essex Police in Parliament for proactively seeking these powers.

Chief Superintendent Andrew Mariner said: “This has been a team effort including the trainers, the officers detaining and dealing with the perpetrators, the legal team preparing everything for court and the courts themselves.

“Our work is helping to keep vulnerable people safe and is enabling them to go about in their communities knowing that those posing a risk to them have orders and restrictions placed on them.

“The kind comments made in Parliament this month is testament to our teams and our criminal justice partners and I hope this will give people confidence that we are safeguarding and helping victims and we are dealing with abusers looking to cause them harm – be it physical, emotional or both.”

Domestic Violence Protection Orders (DVPOs) can be issued to people if there has been insufficient evidence to charge suspects but police have concerns about the safety of the victims.

The notices can order the suspects to leave the premises where the incidents occurred, prevent them from entering the homes of the victims and stop them from making any further contact with them, as well as further provisions.

Between 19 May and 17 June, Essex Police secured 25 DVPOs against individuals, with the youngest being a 19-year-old from Basildon and the oldest being a 52-year-old man in South Ockendon.

Over that period they secured five orders in Basildon and Chelmsford, three orders in Clacton, two in Billericay and Harwich and orders in Great Leighs, South Ockendon, Tilbury, Harlow, Southend, Rayleigh, West Mersea and Stanford-le-Hope.

Essex Police remind people that dialling 55 after dialling 999 alerts police operators that you are in need of assistance but cannot talk.