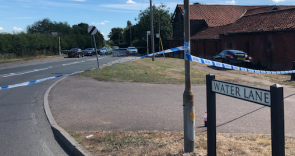 A WOMAN has been arrested in connection with the murder of Robert Powell.

Robert, who was aged 50, died when he was shot multiple times from a car on Water Lane in Roydon on Saturday 13 June.

He was taken to hospital, but sadly, died from his injuries the following day, Sunday 14 June.

A 33-year-old woman from London was arrested earlier today, Wednesday 8 July, on suspicion of assisting an offender.

She remains in police custody.

Senior Investigating Officer, Detective Chief Inspector, Stephen Jennings, who is leading the investigation said: “I’d like to thank all those who have made contact with us so far.

“We’re still keen to hear from anyone who has information about what happened to Robert and urge you to come forward.

“Your information could help us catch the person or people responsible for his death.”

Please go to https://mipp.police.uk/operation/4201020120P42-PO1 or alternatively you can contact independent charity Crimestoppers completely anonymously on 0800 555 111.