Anchor in Tilbury To Remain Closed 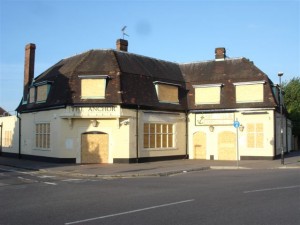 THE LANDLORD of a Tilbury pub has handed the pub’s licence back to the authorities.

The Anchor in Civic Square, Tilbury has been linked to a series of incidents throughout 2009. Essex Police have been called to 21 incidents since the pub re-opened in 2008 including one where a 37-year-old man died after being beaten up following leaving the pub.

Thurrock Council’s licensing committee met at lunchtime today (Wednesday) to decide the pubs future but was informed by council officials that Mr Johnson had handed the licence back.