Grays Girl to Sing at The O2 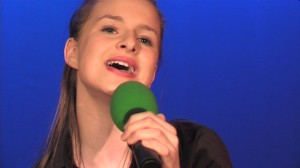 Bethany Adams 16 from Grays will wow tens of thousands at London’s O2 arena in January when she will take centre stage at the “Voice In A Million” event in aid of the “British Association of Fostering & Adoption” Agency. This event is an association between Classic Media pictures and West End Kids.

Bethany and the West End Kids will take centre stage for the spectacular production, taking place on January 28th 2010 and will realise the dream of every performer – to perform for a capacity crowd at London’s O2 arena. The event will also include a mass children’s choir of 4000 voices who will provide backing vocals for Bethany and the West End Kids as they perform the song “Ain’t No Mountain High Enough”. She will also perform music from the musical “Oliver”.

In addition to performing at the O2 arena, Bethany has also recorded and feature on the official release of the National Adoption Week single “Aint No Mountain High Enough”. The single has been released on ITunes.

Commenting on this once in a lifetime performance, Martin-Gwyn Williams (Founder & Artistic Director of West End Kids) said; “This is going to be a tremendous experience. Everyone dreams of performing and leading an event in front of thousands of people at somewhere like the O2 arena and the dream is going to come true for the West End Kids.

We will be working extra hard to ensure that the audience, and indeed the 4000 strong children’s choir who will be looking up to Bethany and the West End Kids as the best set of young performers in the country, will deliver the performance of a lifetime”.