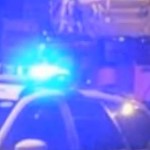 A MAN held armed police at bay for several hours in Tilbury after claiming his place in Civic Square was full of weapons.

Police had been called to the property at 4.30pm  last night (Friday) after reports that a man in his thirties was behaving erratically.

On attending, the male refused to leave the property and further claimed that there were weapons in the house.

Armed officers were called and the area was cordoned off. The man climbed to the roof of his property where prolonged negotiations took place.

The man agreed to come down at 10.45pm. A fire brigade aerial ladder brought him down to earth.

Police detained the man under the Mental Health Act.