FOUR YEARS ago, Thurrock film-maker Simon Smith made his directorial debut with his end of university film, “Just Normal”. Since then Simon has been involved in a whole host of projects as he makes his way in the world of film. 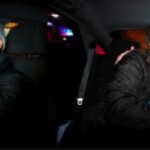 We will be catching up with Simon nearer to the broadcast date. We just wanted you to put the date in your diary as Simon is a Thurrock talent that we are sure will blaze a trail for years to come.