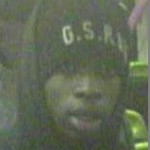 British Transport Police (BTP) detectives are appealing for information after a teenager was beaten up for not handing his phone over in an attempted robbery at Pitsea rail station on Monday, 14 February.

Investigators have also released CCTV images of five men they would like to identify and talk to in connection with the incident.

Detective Constable David Bishop, the investigating officer, said the incident took place around 6.45pm as the victim, an 18-year-old man from Langdon Hills, was waiting at the station for a connecting train:

“Two men approached the victim and stood beside him as he sat on a station bench. As they did, they demanded he hand over his mobile phone, to which he refused.

“The pair then assaulted him, punching him, and kicking him to the ground, but despite this the victim was able to keep hold of his phone.

“In a bid to escape the ordeal, he ran to the station’s booking office, where staff alerted police.”

DC Bishop added that the pair arrived at Pitsea station with three other men after leaving a Southend bound service:

“We know from our enquiries so far that the pair were part of a larger group. We also know that after the incident they all caught a taxi from the station to Stanford le Hope and then travelled to Grays by train.

“If you recognise any of the men pictured in the CCTV images, or have any information that could assist the investigation, please get in touch.”

It is believed the five men may have connections to the Barking, West Ham and Limehouse areas of London.