Orsett lost a quick wicket in first over breaking Keeping’s middle stump in half, but still managed to get off to a flying start with Mo Ahktar smashing the ball to all parts with a quick-fire 40, but then Orsett lost a couple of quick wickets and the game was in the balance again. Until Stuart Moon and Jason Plom steadied the ship, Moon got a well earned 43 but unfortunately couldn’t go on so it was left to Plom and lower order to get it through to 280, Plom ended up on 105 with his 1st century for Orsett, Billy Gordon was the pick of the bowlers for Hornchurch with figures of 5-49  Hornchurch got off to a decent start with both openers getting set until Orsett Junior George Pavitt came on and built pressure, this started a collapse, Hornchurch were suddenly 90-5 a couple of good partnerships managed to get them up to 220, Whitlock made 56 but it wasn’t enough, the pick of the bowlers was George Pavitt 4-39. Great all-round team performance and very good in the field. 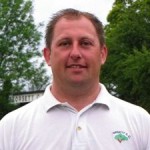 Orsett started the day by Captain Ian Lockyer winning the toss and deciding to bowl. Jack Reader bowled a quality first spell (3-56). Good fielding was accompanied by a good long spell by George Gibbon (1-60) thus bowling out Southend-on-Sea & EMT for 232 off 51.2 overs. Orsett innings started strongly with George Gibbon (17) and Lee Kooyman (32) seeing of the opening bowlers, thus setting a strong platform for a superb century from Henry Colburn (107) and well supported with 52 Not Out from Dan Tidman which took the team home to victory by 6 wickets.

Orsett’s Captain John Morris won the toss and decided to bat on which he thought was a good batting wicket. Robbie Robinson batted well (33) and Ben Smith was looking good on 27 and Orsett were well placed at 83 for 2 wickets off 20 overs. Then the introduction of young Leg Spinner Jack Staplehurst (4-31) changed the game. Ben Smith holed out to deep mid wicket of Staplehurst’s first ball and Orsett collapsed to 112 All Out of only 35.4 overs with Billericay captain Jack Granby taking (4-8). In reply Billericay also struggled with the uneven bounce from the dry surface aided by good bowing from John Morris (3-44) and Columban Walsh (2-31) but unlike Billericay who caught all their catches, Orsett dropped two at vital times and ultimately that was the difference between the two sides. The game was played in a good spirit and Billericay just deserved to win on the day.

Headline: Orsett win sets up match with Rayleigh A!

Orsett U13 played Wickford U13 in the Bradford Cup on the June Ridgewell Ground. Orsett batted first and the two openers got the home team off to a cracking start with Thomas Haden hitting 30 off 20 balls before retiring and George Smith retiring after reaching 30 off 35 balls. Will Gibbons maintained the impetus with a further maximum 30 off 38 balls and Joseph Mitchell provided a valuable contribution with 16 not out.

Wickford had an uphill battle but S Bates made an excellent effort with 29 off 34 balls before being bowled by Will Gibbons and caught by Owen Edwards. Thomas Haden was the pick of the bowlers with 2 wickets taken for the loss of just 5 runs off 3 overs.

Next Cup Match: Orsett U13 will now face Rayleigh A in the next round