Support Lisanne in the Brighton Marathon 2012

WE ALWAYS applaud anyone who supports St Luke’s Hospice and especially anyone who decides to run 26 miles 385 yards.

Well that is what Lisanne Attwood has decided to do.

The Brighton Marathon is only in its fourth year but it has quickly garnered a reputation as an extremely well organised marathon with ex-internationals such as Tim Hutchings among the organisers.

YT asked Lisanne to explain why she is running her first marathon.

Lisanne said: “I am running the marathon as my future father in law passed away at St Lukes in Basildon Christmas Eve 2009 from a brain tumour, and the staff at St Lukes were great to him and us whilst he was in there and after he passed away.

“I have been running since June 2010 and this is my first marathon, and I am currently running 30 miles a week, and my best time for a half marathon at the moment is 2 hours 5 mins. 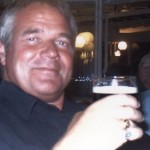 I ran a half marathon March this year at Silverstone for Brain Tumour UK, and my time was 2 hours 44 mins so my time is reducing alot. I was able to raise just over £1000 for the half marathon I ran in March, so I am hoping to raise alot more for the marathon. 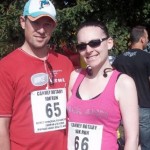 Tom O’Neill would of been my father in law as my partner and I are getting married in august this year. Since my partners dad passed away I have done many charity runs and raised alot of money for charity.

If you would like to sponsor Lisanne, then go to: http://www.justgiving.com/Lisanne-Attwood08