Sex offender on loose in Thurrock since last year. 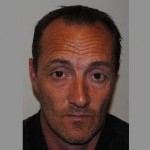 Police are looking to trace a registered sex offender who has been missing from his home in south-west Essex since last summer.

Paul Simmonds is wanted by officers as he has failed to comply with his notification requirements. The 40-year-old from the Grays area has not contacted police since August 2011.

DI Rob Coan, from the force’s Public Protection Unit, said: “Paul Simmonds has connection in both Thurrock and Havering in east London. Therefore, we are appealing to residents in both areas for information to locate him.”

Paul Simmonds is described as white, approximately six foot tall, has short brown hair and is of medium build.

There is no information to suggest that he is a specific risk to children and his general risk level is low.

Anyone with information in connection with Paul Simmonds’ whereabouts is urged to contact Essex Police on 101.